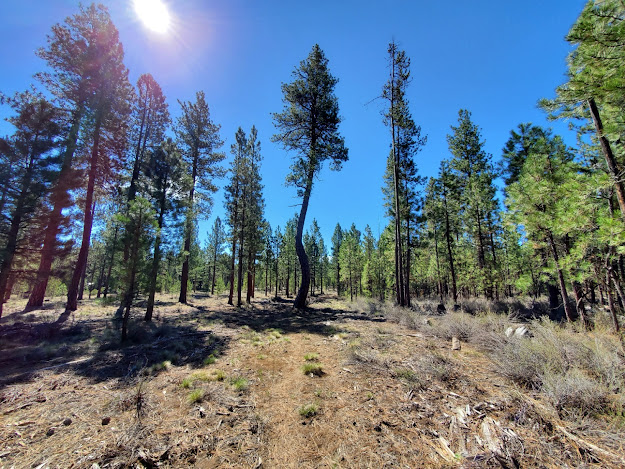 Exhausted would not begin to describe the feeling that I have not been able to shake off for the past few months. It’s not the Rona, it’s not the BLM situation, it’s not my 60-70 hour work weeks; it’s something much deeper.

The last article I wrote was about people wearing masks, not actual masks that you see people wearing now to protect themselves from this virus, but theoretical masks that we place on each other so that we are not shocked by the real us. It was called “The Illusions of Humanity”...The article was written back in January of 2015...I re-read that article recently, and could not ignore the feeling that what I wrote seems to have turned into a literal reality. Is it a coincidence that it was to be the last article I wrote until today? Probably just a coincidence….

Speaking of masks, not the literal one, but the one that you wear at work to try to please everyone, the one you put on others to protect yourself from their true face; I have placed a thick mask on my face, and have not taken it off for a while now, until today, hence why I am writing this, I need the mask to come off, even if it is only for a moment.

I am currently living in an area of the US that is known to be very much right leaning. The thing about it is, I agree with a lot of what the right winged followers believe, but I also believe in much of what the left winged followers believe, confusing? Not really, it’s called being a Libra, the ability to see both sides, always. I think it also helps that I get to hear what people really think, from both sides, because I have the abilities of a chameleon, in terms of my color, culture, the way I speak, I seem to have this ability to easily fit in with anyone; right, left, black, white, brown, asian...it does not matter, I will find a way to fit right in, and open you up.... Either way, that does not matter; the point I am going to make has to do with the fact that the left and the right are extremely similar in many ways...Right wingers think that the government should not have the power to control our lives, to dictate how we can earn money, or how we can grow our own food, etc...guess what, A LOT of left winged folks support that same belief! It’s just crazy that the two sides seem to be completely blind to their similarities, and concentrate only on their differences! Actually, it’s not crazy at all, it is expected...why? Because the media forces the differences into their minds on a constant basis, day in and day out. The media has become SO polarized that it makes me laugh whenever I watch either sides - whether it be CNN or Fox News, or MSNBC...they are literally pinning folks against each other purposely...to what end? I have a pretty good guess on that, and can go into detail about when, where, how and why, but that would be a MUCH longer article, and I want to keep this as short as possible so as to not lose your attention...

I am taking my mask off, and I am asking all of you, globally, to see what is really happening here. I have said for many years now that an awakening is happening, and that an evolution of mass consciousness is in progress. Just read some of my articles on my woken soul blog and you will see that I’ve been preaching this for a long time now. It seems to have all started in or around the early 2000’s, when more and more regular blue collar folks were waking up to the reality that they were capable of so much more than simply being a part of a giant machine for the benefit of the 1%. Now, even though the quickening of events started about a decade ago, the events that are currently unfolding are meant to stop the progress of our mass evolution of consciousness. The events that are unfolding are meant to instill fear and separation - rather than love and unity. Though, it seems to have also perpetuated an opposite outcome, where people are waking up to so many different conspiracies that are now more believable. The thing is, those who are trying so damn hard to stop the progress do not realize that this evolution is inevitable, and the more they try to throw monkey wrenches into it, the stronger the process becomes. Yes, it is exhausting, and it’s really really irritating for people like me, but it’s okay, because we know that we will prevail, and that our world will change forever, for the better...

No matter how hard you try to separate us, we will find ways to communicate, and we will remind one another of the fact that this evolution of consciousness takes patience and perseverance. Your attempts are futile.

As you have noticed, more and more people are taking a stance against the status quo, they are no longer bowing down to a system that oppresses and demoralizes their souls. We’re back on the ladder of spirituality, and we’ll continue to climb, rung by rung, right to the top, to where we will all become Lighter than Light….

"Advance, and never halt, for advancing is perfection. Advance and do not fear the thorns in the path, for they draw only corrupt blood." Kahlil Gibran

"This divine love, beckons us to a world beyond only lovers can see with their eyes of fiery passion." Rumi

Melatonin is N-acetyl-5-methoxy-tryptamine, a derivative of the amino acid tryptophan, which also has other functions in the central nervous system. The production of melatonin by the pineal gland is stimulated by darkness and inhibited by light.[15] Photosensitive cells in the retina detect light and directly signal the SCN, entraining its rhythm to the 24-hour cycle in nature. Fibers project from the SCN to the paraventricular nuclei (PVN), which relay the circadian signals to the spinal cord and out via the sympathetic system to superior cervical ganglia (SCG), and from there into the pineal gland. The function(s) of melatonin in humans is not clear; it is commonly prescribed for the treatment of circadian rhythm sleep disorders.